In Ukraine charged Nissan 350Z – a rarity. We, fortunately, was lucky enough to make a chic copy of the “right” 350Z. We did it the way it should be by nature: beautiful, elegant, rear-drive, turbocharged, bold and fast.

To us drove innocent golden “Z-ka” which later evolved into the impact of our evil, white matte 350Z.

The car was built in the best traditions of JDM tuning.
To our 350Z I found the best look we used a rare, exclusive Japanese front bumper VeilSide V3, and, no less beautiful rear bumper Chargespeed which were decorated with a circle snowy racing wheels Rota GTR in the 19-m size and all this under the carbon fiber of the APR GTC-300 spoiler and Seibon carbon fiber hood sauce. True tasty? 🙂

And so, let’s continue.

Really cool guys, do not need a beautiful car with gadgets, as a privilege of girls. But, what really distinguishes the men from the boys and girls from – large eggs. Those. The more power, the better!

Here we have not offended Nissan 350Z (and not be ashamed of the host!)

The engine has been developed and enhanced by the forged pistons and connecting rods from Manley, camshafts have been replaced with a generous 272 Kelford * phases, made specifically for the turbo, as the engine originally from the plant – atmospheric.
It was sealed with reliable world-famous studs ARP – that all parts were in their place and do not try to “escape” out.
In a word – the combat engine with a stock to 1000l.s.

Motor has acquired two of the casket with the same persons … GT28RS 🙂
Twin-turbo kit GTM based GARRETT GT28RS turbine was set to raise the tone of freshly enhanced motor.
Power is not a lot of not a few of the 430 to 700 (it’s like Lamboghini Aventador LP700-4) hp – All controlled by a button on the boost controller HKS. Cool!

You will glance into the cabin – WOW!
Beauty…
Seats from the EVO IX elegantly tapered Alcantara, fine decorated torpedo devices from DEFI and Innovate – all this is not just nice and cool, but also a greater degree useful.
Seats help with lateral g-forces on the ring and give the necessary minimum of comfort for lovely passazhirochek, which is extremely important for such a car. It should be the same to someone to show their eggs …. uh … beautiful car.
While beautiful devices provide the pilot motor life-critical parameters: exhaust gas temperature near the two turbines, temperature, oil pressure, fuel pressure, the fuel-air mixture after the two turbines and coolant temperature – are all very helps to avoid potential problems and monitor the operation of the engine in real time.

A little more on the side of overload – Zka equipped with spiral suspension, or all of them called coilover, Tein, and sport stabilizers Whiteline strut front and Cusco is, which makes it not only a beautiful and powerful, but also very controlled to participate in Time Attack.

Also, for the sake of completeness, the braking system has been replaced by more efficient by EVO X.

In general – a stiff machine, rather supercar. 😉 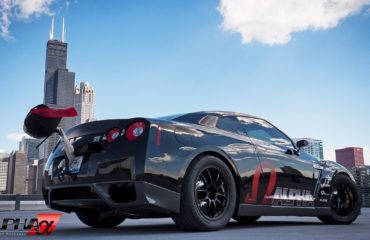 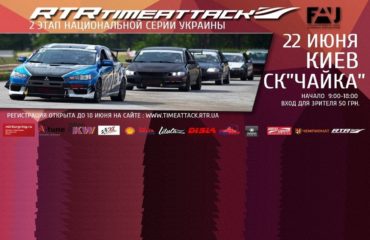 Lingenfelter Performance Engineering – we are dealers!!!