Very modest delegation of participants of the championship on taymataku RHHCC-RTAC in the first stage (less than 40) was due to a remoteness route from Moscow – he went to the racetrack, “Fortress Terrible”, so that in May the traditional “Grand Prix Victory” was expected to sell-out. And so it happened – only nine Ladder RHHCC-RTAC was classified 121 racer, and another on the “Smolensk Ring” come for the neighbors of the Republic of Belarus.
However, in the three-week break between the stages in Grozny and Smolensk greater number of participants has not been discussed, and the introduction of a new points system. And if the amendment that points in the team standings gaining only 10 people on the team has declared, was never in doubt, the formula set points in the individual competition suffered fierce criticism. From it followed that the fate of the world title is directly dependent on the guests for each specific race participants, so unjust situation was resolved very simply – a return to the old format.
It is interesting that the return on the popular “Smolensk Ring” and a three-time increase in the number of participants had virtually no impact on the fight against the leaders – in half the classes the winners were the same as on the stage in Grozny! The standings AWD-Street win again won Nikolay Bryantsev (1: 41.364, Subaru Impreza WRX STI, Mazda High-Power), who confidently beat Dmitry Kondausova (1: 42.213, Mitsubishi Lancer Evolution, WhyNot Motorsport) and debutant Ivan Martirosova (Mitsubishi Lancer Evolution, Mazda High-Power) – he immediately drove to the podium with a time of 1: 42,235!
Surprisingly, many opponents (9 people) was in the Hot-Race class, but won again Alex Krasnoglazov (1: 40.792, Honda Civic, Redliners), ahead of Sergey Gorbatenko (1: 41.502, SEAT Leon Cupra, WhyNot Motorsport) and Stanislav Varlamov (1 : 41.629, Renault Megane RS, XXX Team). Passed Supercars, Established specifically for powerful cars, oddly enough, in Grozny was empty, and in the “Smolensk Ring” came just two riders who showed not the best of times. The first was Sergei Zhelezovsky on the Audi RS 6 (1: 48.005, Kramar Motorsport), and the second and last … – Mikhail Ilyin (1: 56.758, Porsche 911 Turbo, Redliners).
It’s funny that the tip of the junior class RHHCC-RTAC riding is not much worse than the leader standings supercars. Defeated in Smolensk last year’s champion Sergei Batyaev (1: 51.153, Ford Fiesta ST), which is only 0.139 seconds ahead of team-mate Vladimir XXX Team Manuylova to Volkswagen Golf. The triple champion closed in 2013 – Stanislav Scherbatkin (1: 52.953, Toyota Celica, TRTeam). The winner in Grozny Anton Arkhipov in Smolensk became fourth that promises to fight during the season.
But in the classroom Warm-Street it seems, it is not necessary to wait – in the second stage again defeated Nikolay Vikhansky (1: 46.961, Subaru BRZ, VAGrt Petronas – TopLevel), by leaps and bounds moving towards long-awaited title in RHHCC-RTAC. Behind, as in Grozny – Tigran Gasparyan (1: 47.546, Mini Cooper S JCW GP, Apex Motorsport), a wholly repeat the alignment starting stage on the podium of the season gave Georgy Romanov (1: 48.211, Toyota Corolla, TRTeam), unexpectedly for many people ahead of Kirill Latyshev. Let only 0.078 seconds.
For the second time in a row and was able to win Michael Pavlenko (1: 35.254, Mitsubishi Lancer Evolution, VAGrt Petronas – TopLevel), nearly 1.5 seconds ahead of his main rival – Vladimir Gorlatch (1: 36.738, Mitsubishi Lancer Evolution, Kramar Motorsport). Nikolai Tarasenko (Mitsubishi Lancer Evolution, VAGrt Petronas – TopLevel) in Smolensk, the leaders could not approach closely, but others are too far away. The result – the third step of the podium with a time of 1: 38,061.
In much the same as in the Super-Race, proved to be the winning margin in the classroom Hot-Street Alexander Zakharov (1: 44.394, Renault Megane RS, WhyNot Motorsport) from the nearest pursuer. They became Maxim Belotskii (1: 45.745, Subaru BRZ, VAGrt Petronas – TopLevel), who won in Grozny. Should be positioned Alex Likhanov (1: 45.838, Volkswagen Scirocco, Apex Motorsport), only 0.008 seconds won Sergey Ievleva (Renault Megane RS, XXX Team)!
Surprisingly, all the same 1.4 seconds of the first and second place in the class Warm-Race. Vadim Petrov (Honda Civic, Redliners Racing) managed to drive the fastest lap of 1: 44,135, and is located below the Alexander Nazarov (Opel Corsa GSi, WhyNot Motorsport) clocked 1: 45,531. On the third step of the podium for the first time in his career in RHHCC-RTAC rose Sergey Meadows (1: 45.806, Opel Corsa GSi), claimed only in the individual competition.
The first podium in RHHCC-RTAC and once it has won the top step of the class Super-Street Dmitry Chechin (1: 43.202, BMW M3, Mazda High-Power), before speaking in MaxPowerCars championship. Second place – Marina Kareeva (1: 43.930, Apex Motorsport), barely had time to assemble the new engine failure after a training session, and closed the top three winners Mikhail Tretiakov (1: 44.782, BMW M3, WhyNot Motorsport).
And if in the individual competition in many classes only inflames the battle, the team championship of all, it seems, is clear – in the absence of serious rivals VAGrt Petronas – Top Level continues winning streak and it is unlikely someone will be able to throw them a real challenge. Is the balance of power will change the third phase, which will take place in the suburban Myachkovo? Learn May 21-22! 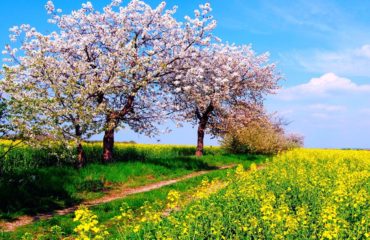 Auto Racing Sports events for May 2013! 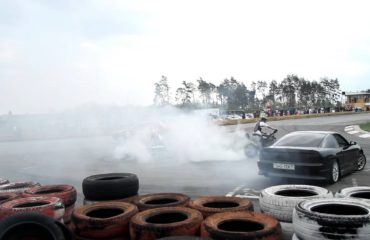